Not sure if there is something I’m missing, but I can’t seem to figure out how to re-order various targets underneath an Interaction class. It appears the only way to set the order is to create them in the order in which I need them.

Also, it doesn’t appear that I can have duplicate Targets for the same element underneath one Interaction?

I’m cautiously optimistic that further optimizations are being planned to the interaction panel. Seems like it takes way too many clicks to do the same thing compared to Ax8, and just not intuitive at all.

You aren’t missing anything. It isn’t currently possible to reorder targeted widgets in interactions, nor is it possible to duplicate target widgets for the same IX, but I’ll get these filed as feature requests with our respective teams for review.

If you have any other feedback about the 9 beta, please let us know. Thanks!

Also, it appears I am unable to reorder Interaction groups even though the UI suggests I should be able to. 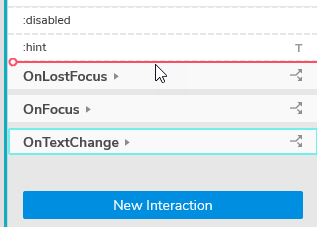 On Release, group does not move: 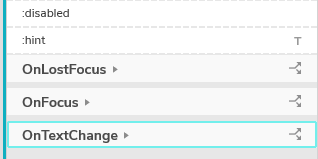 I’ll get this filed as well!

Is there any update for this?