Great first stab but unreliable and not every useful in its current state of implementation.

And so, rather than making the smart guides, SMART as in automatic & magical. I think it would be far more useful and reliable if it only showed on key-press, like it is done in Sketch or Figma today.

Here’s how it works in Figma.

This implementation is FAR more useful and reliable than what is implemented in the 9 beta, which is great in concept but kind of distracting to see all the smart guides all the time.

um that’s how it’s working for me… exactly as you described.

Oh shoot, you are right! >_< I swear it didn’t work like this on initial start up lol

Although, looks like its showing some odd, invisible distances as well. Looks buggy, Not sure what the “91” is pointing to. It’s not the padding of the object, because the padding is set to the default 2,2,2,2. 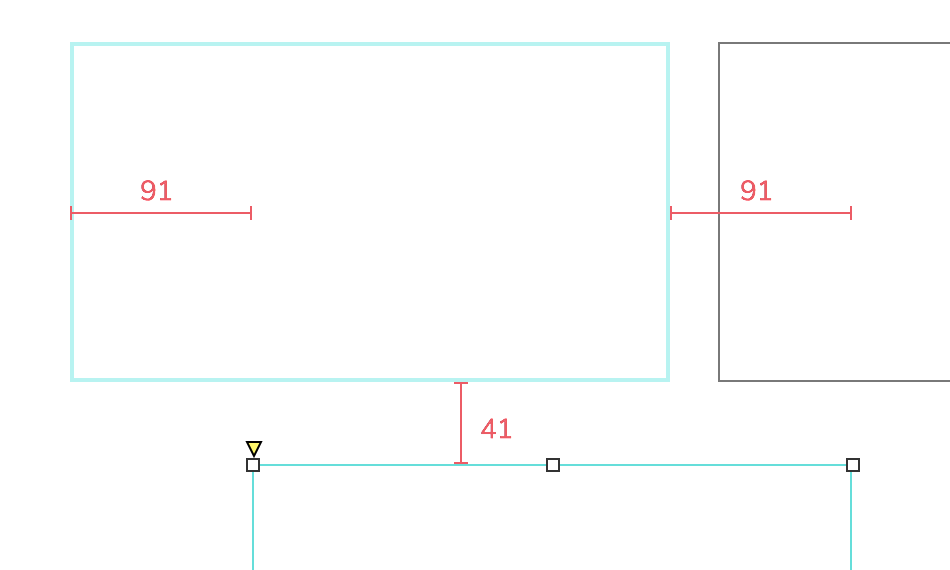 From what I’ve learned, it will compare the widget being dragged to other widgets or groups at the same level… so if you are trying to compare to something that is in another group, or is outside of the group the widget is in, it will not compare automatically. This is super frustrating but I understand, since otherwise you would have lines all over the place comparing the widget to everything on screen